Why Windows 10 is so good 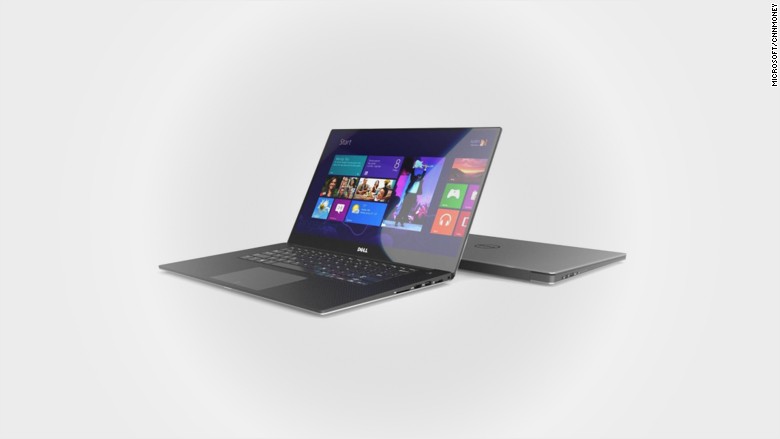 Microsoft listened to you. More than anything else, that’s why Windows 10 won’t be another Windows 8 or Vista.

In conversations with CNNMoney, top decision makers at Dell, Hewlett-Packard (HPQ, Tech30) and Toshiba noted that Microsoft requested their input throughout the process of creating Windows 10. They said Microsoft listened to their feedback — and, vicariously, PC customers’ feedback — and made a better operating system as a result.

Responding to customer demands. The PC makers said that process was vastly improved from the way that Microsoft (MSFT, Tech30) conducted its business ahead of the Windows 8 launch. They said Windows 8 felt forced on them while Windows 10 felt like more of a conversation.

“It’s pretty cool how responsive Microsoft has been to feedback,” said Mike Nash, HP’s head of product strategy. “We were right there in the room planning Windows 10 with them from very beginning.”

“There’s a new dawn at Microsoft,” said Allison Dew, Dell’s marketing chief (and a former Microsoft employee). “What we’ve seen in terms of development and cooperation with Microsoft this time around is unlike what we’ve seen in past years.”

Windows is good again. The result, they say is a much more refined operating system that customers will get excited about. That’s a very different experience from Windows 8, which literally had customers calling their PC companies in droves wondering how to get to the desktop or turn their PCs off.

“We’re more excited about this launch than we have been in a really long time,” said Dew. “I’ve been through amazing Windows launches and some that weren’t quite as amazing. This has the feel of something amazing.”

“Windows 8 was a difficult out-of-the-box adjustment to consumers,” said Jeff Barney, head of Toshiba’s U.S. PC business. “Windows 10 has good features and is generating some buzz — that’s enough to get people back to the PC market.”

Cool new features. The PC makers each had a different favorite new feature in Windows 10. Each company is going to try to market one of those features as a major selling point for its devices.

“Dell and Windows Hello is a great security story,” said Dew. “We believe we have best end-to-end security story not just for consumers but to large enterprises.”

“We’re going to let customers turn off Cortana’s always-listening feature to give them a little more privacy,” said Toshiba’s Barney. “We’ll let them hit a dedicated key to let Cortana listen to you.”

What’s old is new again. Microsoft has been down this road before.

After the Microsoft Windows Vista debacle, Microsoft listened to feedback and came out with the beloved Windows 7. In its ad campaign, everyday PC users said, “Windows 7 was my idea.”

Microsoft then got cocky again and tried to cram Windows 8 down customers’ throats. Most of the Windows 8 team’s leadership resigned or were fired.

With Windows 10, Microsoft tried the more humble approach once again.

Microsoft said it was pleased to hear the positive feedback from its PC partners, noting that the new approach was intentional. The company said it doesn’t comment on individual conversations with partners. But Microsoft noted that feedback from customers testing out Windows 10 over the past several months through its Windows Insiders preview program is indicative of a new era at the company.

“You could point to the Windows Insiders Program as an example of the more open, collaborative approach Microsoft is taking with Windows 10,” said Jonathan Richardson, a spokesman for Microsoft. “It’s a good illustration of how Microsoft has already engaged four million partners, customers and enthusiasts to collect feedback that’s making its way into the product.”