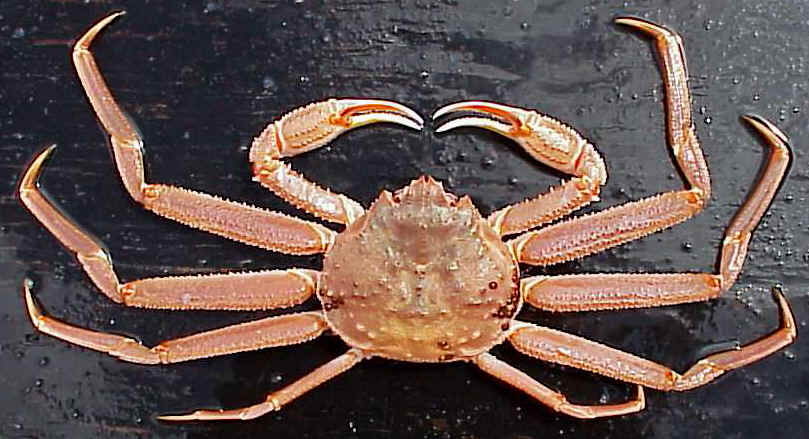 Put down the California crab legs — they could be poisonous. “Due to the detection of dangerous levels of domoic acid,” Dungeness and rock crabs caught in waters between the Oregon borders and the southern Santa Barbara County line pose a “significant risk to the public if consumed,” the California Department of Public Health said in a release.

Domoic acid is a naturally occurring toxin produced from “some species of the marine diatom Pseudo-nitzschia,” the state Department of Fish and Wildlife said.

A massive bloom of Pseudo-nitzschia, brought by warmer water temperatures associated with the El Nino event, is causing high levels of the acid.

Marine animals, such as crabs, that filter their food through seawater may accumulate the toxins. While the toxins, which are colorless and odorless, don’t seem to harm the animals accumulating them, people who eat the animals may become poisoned.

Neither cleaning, nor cooking these foods will rid them of the harmful acid.

In severe cases, symptoms could include difficulty breathing, seizures, coma and death.

Some survivors of severe cases of domoic acid poisoning have been known to suffer permanent loss of short-term memory, officials said.

The health department became aware of the dangerous levels during routine seafood testing and issued an advisory alerting the public.

The California Fish and Game Commission will hold an emergency meeting Thursday to determine whether to delay the opening of recreational Dungeness crab season, scheduled to begin November 7.

Taking into consideration the commission’s decision, along with the recommendations from the health department and the Office of Environmental Health Hazard Assessment, the fish and wildlife department will rule on the status of commercial Dungeness crab season.

Jordan Traverso of the department said the last thing her department wants is to have to delay or close the season, but says “our main priority is to keep people from getting sick.”