Canada is burning and America is choking on her smoke 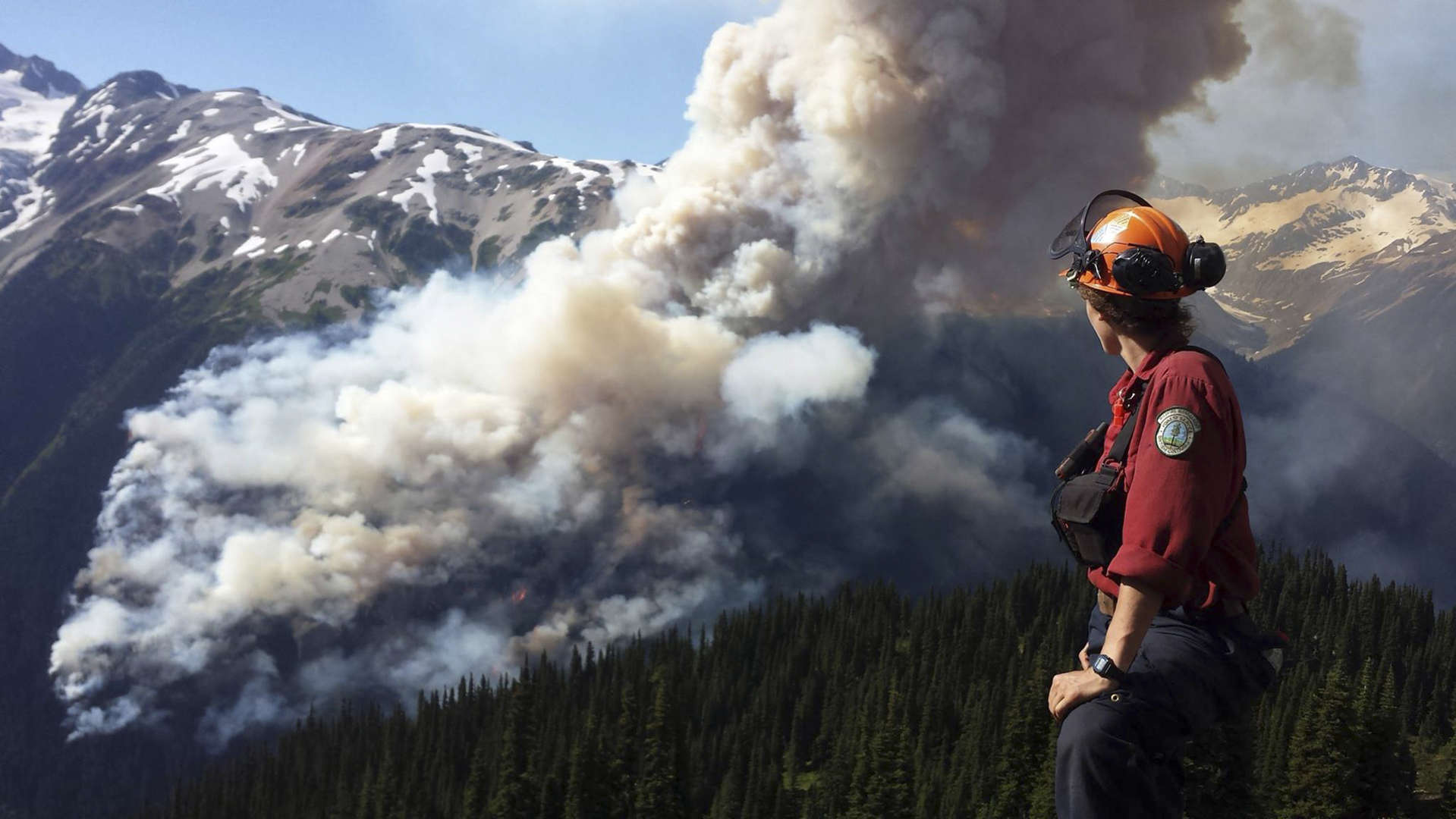 I’ve lived and worked at PRI in Minneapolis for almost four years. Summers are usually the best time of year up here — temperatures are fairly moderate, days are long and the air is clear.

On Monday, though, the air was anything but. Canada is burning. Not all of Canada, but rather tens of thousands of acres of forest from Manitoba to Saskatchewan to British Columbia are on fire and all of that smoke is choking much of the western and central US.

Monday, that smoke settled over the Twin Cities of Minneapolis and St. Paul, leading to alerts about dangerous air quality and countless photos of the haze on social media. Government officials advised people to limit outdoor activities, especially among populations sensitive to bad air, including children and the elderly.

Crews in British Columbia alone were battling 89 new wildfires, according to Canadian officials. One fire, known as the Elaho Valley fire, near Whistler, BC, had burned more than 77 square miles. Thousands of homes have been evacuated across parts of Canada. A Red Cross spokesman told the CBC on Sunday that Saskatchewan’s evacuations were the biggest that province has experienced.

CBC reporter Chris Brown, in Vancouver, says the fires started when the snow began melting in British Columbia’s mountains. Brown says 2015 is on track to be the most destructive forest fire season in history.

“Over 10 years, what we’ve noticed is that there has been an increasing number of forest fires. The trend certainly seems to be that they’re getting worse, there’s more of them, they’re more costly to fight,” Brown says. “Incidents like what we’ve seen in Vancouver the last couple of days, where a city of 2 million people that’s often voted one of the most livable cities in the world, has become one of the places that’s hardest to breath because there’s been so much thick, heavy, ash-laden smoke hanging over the city.”

Brown says Vancouver on Sunday and Monday “really looked like Mars here. The skies were so dark, almost brown if you will.”

Meanwhile, in Minnesota, Monday afternoon brought the same yellow haze and a palpable smell of smoke in the air. It was thick enough you could taste it. Looking out PRI’s office windows, you could tell the pollution was bad, and the air monitoring statistics proved that.

Minnesota Public Radio meteorologist Paul Huttner tweeted that it was the worst air pollution he had ever seen.

While Minneapolis bore the brunt of the pollution on Monday, the smoke has spread as far south as Tennessee and practically from coast to coast — though along the eastern seaboard, the smoke did little more than provide for brilliant sunsets. Various levels of air quality alerts were in place for the entirety of Minnesota; large parts of North Dakota, South Dakota, eastern Nebraska, Iowa, Illinois and Missouri, as well as northeastern Colorado; and much of western and central Washington, according to NBC News.

While air pollution levels remained in the unhealthy level into late Monday night and early Tuesday morning, there was hope — at least in the Twin Cities — that we’d get a break as Tuesday dawned and turned into Wednesday. But as the graphic indicates, even if the Twin Cities are spared the brunt of the smoke, it has to go somewhere.