Always In Our Hearts….Remembering Paul Walker

On November 30, 2013, Paul William Walker IV, an American actor and founder of Reach Out Worldwide (ROWW), which is aimed at helping after a natural disaster strikes died in a car crash. He was in California attending a charity event for his ROWW organization. He is well known by his fans as Brian O’Connor in the Fast and the Furious film series. A portion of the proceeds from the Fast and the Furious 6 DVD sales will benefit his ROWW charity. Paul was working on the Fast and the Furious 7 film at his untimely death. Per the Fast and the Furious website, FF7 is to be released on April 10, 2015. When Paul started his ROWW charity, he was one to actually be present and onsite at the natural disaster sites helping out and providing aid. Paul Walker will be remembered by his fans for his onscreen work, his anonymous gifts, his smile, generosity, and his kind heart of giving through his charity throughout the nation. Paul stated “When you put good will out there it is amazing what can be accomplished”. Thank you Paul for starting Reach Out Worldwide and participating in the various relief efforts during the natural disasters! We are praying for the entire Walker family and his friends. ROWW has shared a video of Paul Walker on the website helping at an onsite relief location. 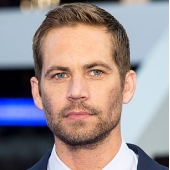