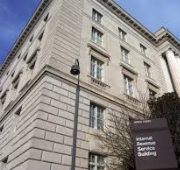 The American Institute of Certified Public Accountants (AICPA) has filed a lawsuit to block a new voluntary tax preparer program being rolled out by the Internal Revenue Service. The AICPA called the new program “an end-run” around a court ruling that struck down the IRS’ attempt to regulate preparers last year. The AICPA argues the voluntary program violates Loving v. IRS, in which a federal court said the IRS lacked the legal authority to require registration of tax preparers and impose educational requirements on preparers, except for CPAs, Enrolled Agents and Tax Attorneys. Besides arguing about the IRS’ lack of legal authority to conduct the voluntary program, “the new rule will do nothing to address the problem of unethical or fraudulent tax return preparers – which should be a top priority.”